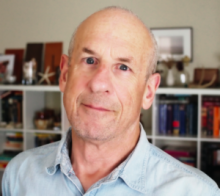 He has been a writer for most of his professional career. The majority of his experience has been writing for feature films. That includes proposals, project overviews, budgets, treatments, and screenplays. He has written about, and in the process researched and interviewed subjects for such diverse topics as political campaigns in Brazil, Navy pilots in WWII, nuclear waste storage, Lakota Sioux Indian myths, gorillas in Rwanda, space shuttle development, and the eclipse that helped prove Einstein’s Relativity Theory.

He has also edited corporate communication, book proposals, and written and edited web content. In addition, he has taught and mentored students in America and Brazil and traveled to and worked with peoples from Europe, Africa, and Central and South America.