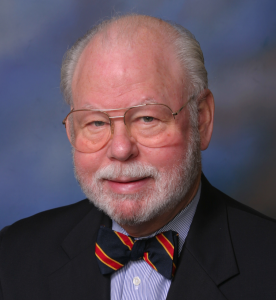 Lawrence S. Lessin, MD, MACP, is the Medical Director of Washington Hospital Center Department of Continuing  Medical Education and Quality Training (DCMEQT) and former Medical Director of The Washington Cancer Institute, from 1993-2007. He is one of the founding members of OERC and serves as chair of its Executive Committee. He received his Doctorate in Medicine in 1962 from the University of Chicago School of Medicine, completed postgraduate training in hematology and oncology  at the Hospital of the University of Pennsylvania. Dr. Lessin was awarded a special fellowship from the National Institutes of Health in the Institute for Cell Pathology at the University of Paris, for advanced research training.  His research has dealt with anemias, leukemias, myelodysplastic syndromes and other aspects of hematologic malignancies resulting in over 150 journal articles, book chapters and monographs.  His professional path has continued for more than 40 years in distinguished roles such as Professor, Division Head and Medical Director within prominent hospitals including Duke University Medical Center (Durham, NC), Veterans Administration Hospital (Durham, NC), and  The George Washington University Medical Center (GWUMC)  and its Cancer Center(Washington, DC).

Dr. Lessin’s long term commitment to medical education dates to the 1960s where as Chief Resident in internal medicine at University of Pennsylvania, he was responsible for weekly Medical Grand Rounds, Chief’s Rounds and Journal Clubs.  At Duke University, he organized the second year medical student teaching modules in hematology, oncology and laboratory medicine.  During his 23 year tenure at GWUMC, he was responsible for medical student and resident training in internal medicine and fellowship training in hematology and medical oncology.  He organized and facilitated  annual large scale national Board Review courses in Hematology and Medical Oncology, which continue to the present time (under other leadership.) Dr. Lessin chaired  the hematology section of the internal medicine Medical Knowledge Self Assessment Program (MKSAP)  for the American College of Physicians and served as chair and editor of the Hematology MKSAP.  At Washington Hospital Center’s Cancer Institute, he established weekly Oncology Grand Rounds, and interdisciplinary conferences and tumor boards for all major cancers types.  He pioneered the development of multi-institutional video-teleconferences with National Institutes of Health, Georgetown and George Washington Universities, as well as University of Maryland and Childrens National Medical Center.  He established  a cancer clinical research program and associated research training activities.   He developed and supported annual regional highlights CME conferences in both hematology and medical oncology, focused on the important findings of the annual meetings of the American Society of Hematology and the American Society of Medical Oncology.  Dr. Lessin initiated and served as the physician leader of  the quality program (QOPI—the Quality Oncology Practice Initiative) of the Washington Cancer Institute, and is a member of the WHC Performance Improvement committee, utilizing these positions to identify gaps in physician performance, competence and patient outcomes as educational targets for CMEQT programs.

Honors & Awards: As a distinguished professional, Dr. Lessin has received honors and national accolades for his commitment to medical education and optimal cancer care.  His extensive medical accomplishments in research and cancer management can be found in more than 150 national and international publications,  books and journals.  He has severed on numerous national boards and committees for the organizations such as National Heart Lung Blood Institute, National Cancer Institute, American Society of Hematology, American Society of Clinical Oncology, American College of Physicians. American Blood Commission and others. He served for six years as a member of the American Board of Internal Medicine, subcommittee on Hematology.   In 1999, he was awarded Mastership in the American College of Physicians. He has been repeatedly recognized as one of the Best Doctors in the United States of America (Good Housekeeping Magazine), Best Medical Specialists in the United States (Town and Country Magazine), Washingtonian Top Doctors, and Who’s Who in America.