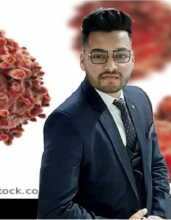 Pulkit Datt is working as a research associate with OHSL. He is leading the team for proposal development and submission. He was involved in several projects, during his internships at Defence Institute of Physiology and Allied Sciences (DIPAS), Delhi, India. Where, he studied the effects of environmental factors such as oxygen levels, sleep deprivation etc. on an organism as a whole. Such experiences exposed him to develop a scientific aptitude, and research gradually became his burning desire. Oncological disorders are the most common cause of death worldwide. The knowledge and skills, he gained through the internships and being one of the authors of “The Pivotal Role of Senescence in Cell Death and Aging. Where do we stand?” Current Molecular Biology Reports, Springer Nature. Combined, assisted him to explore the roles of aging and sleep deprivation in cancer. His aim is to develop transitional novel therapies for oncological disorders.

Cancer biology has always interested Pulkit, In order to unravel the mysteries of cell signaling and cancer biology.  He plans to pursue doctoral studies in oncology after completing his M.Tech and then pursue academic research in long term to grow as a research scientist. Currently, He is a final year student at Apeejay Stya University, Haryana, India pursuing Integrated B.Tech + M.Tech Biotechnology with minors in management.